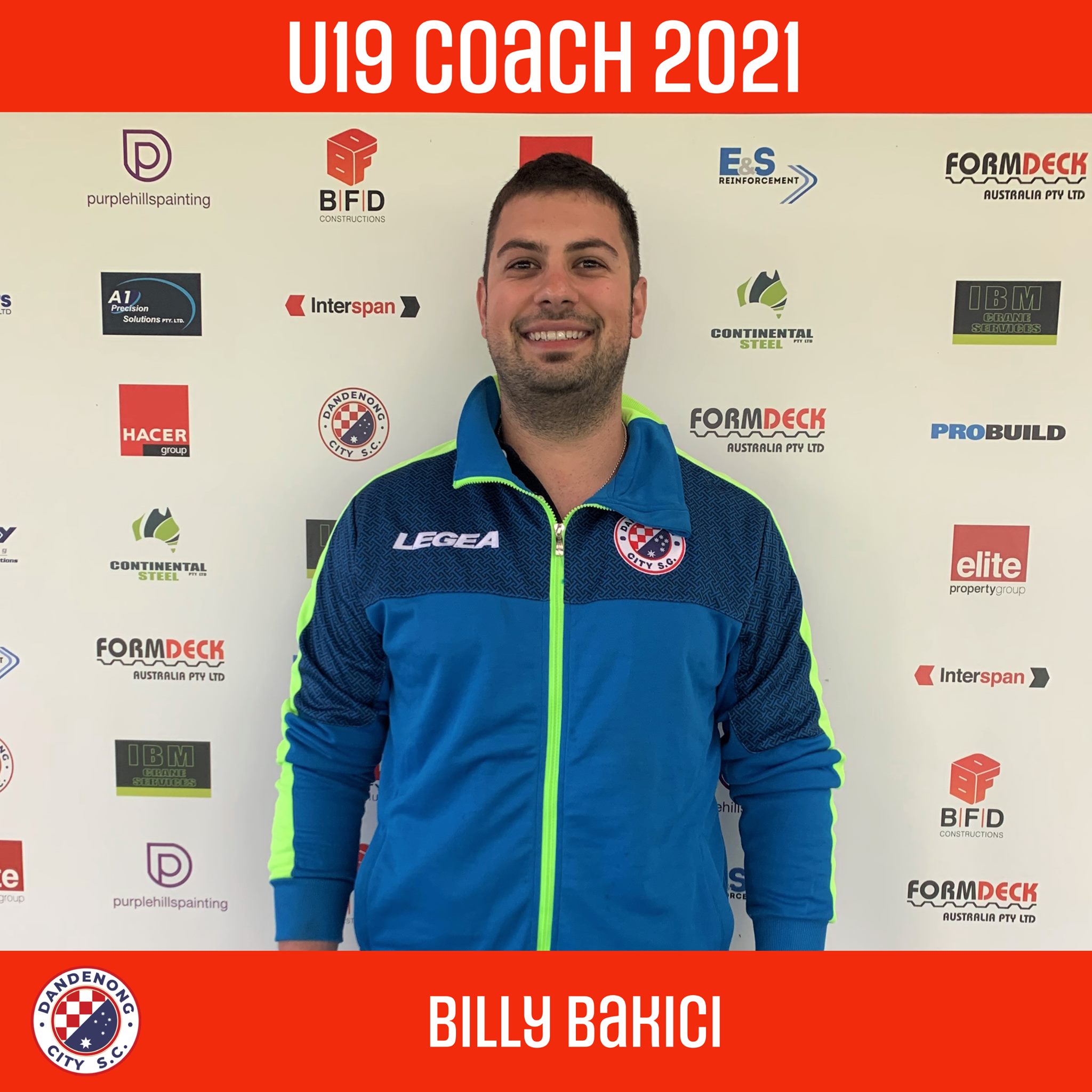 Billy started his coaching career in 2014 as head coach for u18s at Dingley Stars FC winning the championship in his first year.

After gaining his AFC-C license he moved to NPL club Dandenong City as the u14s head coach.

He then returned to Dingley Stars the following season, appointed the Senior Head Coaching role. Gaining his AFC-B license, Billy was appointed by Tullamarine FC at the end of the 2018 season where he played a major role in the scouting department.

Billy has experience and knowledge of both Australian and European football having coached in State League and NPL and continues to enhance on his knowledge by attending Turkish Super League side Goztepe S.K development programs.